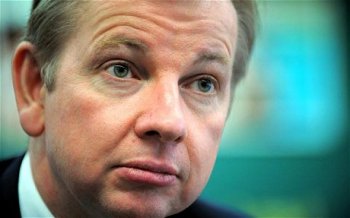 The Secretary of State for Education, Michael Gove, has written to the Catholic Education Service (CES) to express concern that it has blurred the distinction between discussing matters of faith and promoting partisan political views. The rebuke comes after the CES, responsible for the handling of hundreds of state funded schools, wrote to more than 359 Catholic secondary schools in England and Wales to ask them to draw attention to an anti-marriage equality letter written by senior archbishops.

However, Mr Gove insists the law was not breached by St Philomena's Catholic High school for Girls in Carshalton when it urged pupils as young as 11 to sign a national petition against gay marriage.

The Department launched an investigation after a student at St Philomena's told Pink News that pupils from 11 to 18 were "encouraged" to sign the anti-equality pledge by the school's headmistress. The National Secular Society immediately wrote to the Secretary of State for Education, Michael Gove, and his Welsh counterpart Leighton Andrews, suggesting the activities encouraged by the CES went beyond a statement of religious doctrine into the promotion of partisan political activism in schools. Such activity is unlawful under sections 406–7 of the Education Act 1996 which prohibit the political indoctrination of schoolchildren and require political views to be presented in a balanced way.

In a letter to the National Secular Society, Nick Gibb, the Minister of State for Schools said:

"The Secretary of State has examined the evidence in detail. He has considered the description of the assembly at which the petition was discussed, and has also taken into account the religious character of St Philomena's School and the freedom faith schools properly have to teach about sexual relations and marriage in the context of their own religion. He has also looked at the account of the wider curriculum at St Philomena's and the school's policies with regard to personal, social, health and economic education (PSHE) and religious education (RE). He has found that, on balance, the school has worked within the legal framework provided by section 407 of the Education Act 1996."

However, the letter went on to say that the Secretary of State had written to the Catholic Education Service concerned that their letter to the schools "unintentionally blurred the distinction between discussing issues that are a matter of faith and promoting partisan political views".

The letter went on:

"The Secretary of State and I firmly believe that pupils should be presented with a range of issues and viewpoints to develop their critical thinking and appreciation of moral and ethical questions. We accept that there are strong religious views on the question of same sex marriage and it is right that these should be discussed with pupils. Faith schools do, however, have the same obligations as all other maintained schools under sections 406 and 407 of the Education Act 1996. They are legally required to treat these issues in a balanced manner and to ensure that the delivery of the curriculum does not discriminate against individual pupils."

In May, Leighton Andrews, Minister for Education and Skills in Wales wrote to all Roman Catholic secondary schools in Wales reminding head teachers and governing bodies of their duty and responsibilities under the 1996 Act.

Keith Porteous Wood, Executive Director of the National Secular Society, said: "We are pleased that the Secretary of State has acted on our request to write to the CES to remind them of the law. We do not, however, share his anxiousness to give the CES the benefit of the considerable doubt over them having breached the Education Act. By seeking to excuse their actions over the letter as 'unintentional', it seems he is hinting that they may be unlawful – and we do not see any basis for Mr Gove's conclusion that the actions were 'unintentional'. The letter seems just one more element in the Church's carefully-thought-out strategy to exert political pressure on the Government, in this case by abusing their privileged access to pupils in publicly funded schools."