Why is the Government promoting one particular religion in state schools? 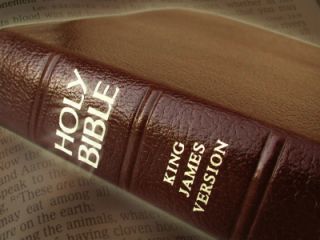 The Government has gone ahead with its plan to send a free copy of the King James Bible to every state-sponsored primary and secondary school in the country, claiming that the King James Bible "can help children – of all faiths and none – better understand its place in our nation's identity and history, and appreciate its influence on our language, literature, democracy and culture."

He said that it was unlikely that there was a single school in the country that didn't already have one, if not more, Bibles. The money used for this project could have been better used to sponsor other books that are less easily available to pupils.

Education secretary Michael Gove has written a letter to accompany the Bibles. His original intention was apparently to get the Government to pay for the project. However, in January it was reported that David Cameron told him not to use taxpayers' money for the £370,000 initiative so he had to turn to private sponsors. The Guardian has revealed that many of these sponsors are millionaire Tory donors and evangelical Christians.

Among them is Lord Stanley Fink, the former co-treasurer of the Conservative party who was once chief executive of the listed hedge fund Man Group. Fink, a life peer, has donated more than £2.3m to Tory projects. Lord Robert Edmiston, a motor trade entrepreneur who gave more than £3.2m to the Tory party between 2000 and 2010, has also sponsored the Bible project. The life peer is an evangelical Christian who set up the charity Christian Vision.

Others who have funded the scheme include Ramez Sousou of the private equity firm TowerBrook, who has also given support to Cameron's party, Michael Farmer, the Conservative party co-treasurer and City financier who has donated more than £3m to the party, and Lord Harris, a regular donor to the Conservatives and the chairman of Carpetright.

The Liberal Democrat donor Paul Marshall, a hedge fund boss and committed Christian, and his wife have also donated funds for the scheme, as has Sir Peter Lampl, the founder of a private equity firm who is an education philanthropist.

Terry Sanderson said: "I fear that many of these supporters of the project are more interested in the proselytising opportunity than in the literary value of this book."