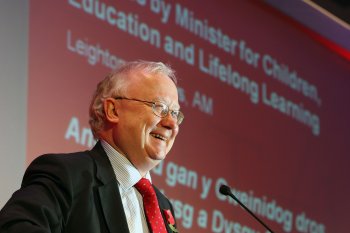 The Welsh Government has written to Catholic schools in Wales to warn them that they may be breaking the law in encouraging pupils to oppose equal marriage for LGBT people.

The Catholic Education Service contacted its 385 secondary schools in England and Wales and asked them to make pupils aware of a letter by the Archbishops of Westminster and Southwark that was recently read in parishes, opposing the so-called redefinition of marriage. Pupils were also encouraged sign a Coalition for Marriage petition against equal marriage.

The National Secular Society wrote to the Secretary of State for Education, Michael Gove, and Leighton Andrews, the Welsh Assembly Government minister for education and skill, requesting that they take immediate action.

Responding on behalf of the Government, Nick Gibb MP, the Minister of State for Schools wrote to the National Secular society stating that his Department is taking the issue seriously and officials will report back to the Secretary of State next month, before he sends a full response to our complaint.

In a written statement, Leighton Andrews AM said that he had been advised that the Archbishops' letter was not homophobic and therefore did not break equality laws. But he said that the call to oppose the change in the law could constitute a political act, banned under the 1996 Education Act.

He wrote: "Whilst the online petition is not directly related to a party political matter it could be seen as relating to political matters generally as the petition seeks to lobby the current Westminster Government to prevent a change in the law. Opposing a proposed change in the law could itself be considered to be a political act. I have therefore written to all the Roman Catholic secondary schools in Wales reminding headteachers and governing bodies of their duty and responsibilities."

The statement makes clear that "Section 406 of the 1996 Act requires that local authorities, head teachers and governing bodies shall forbid the pursuit of partisan political activities by any registered pupil who has not attained the age of 12, and forbids the promotion of partisan political views in the teaching of any subject at the school.

"Section 407 of the 1996 Act requires schools to take whatever reasonably practical steps are necessary to ensure that where political issues are brought to the attention of pupils they are offered a balanced presentation of opposing views.