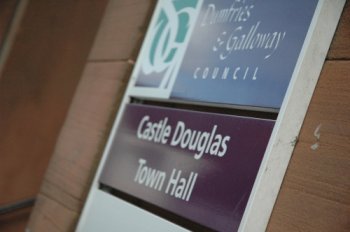 A Scottish council has dropped prayers at its meetings in order to eliminate discrimination. Dumfries and Galloway Council has decided to dump the formal prayers – which were the first item on the agenda – and replace them with a "time for reflection", 10 minutes before the meeting starts.

The 47 councillors were informed by letter this week. Some of the Christians among them were not best pleased. Councillor Denis Male told the local paper: "As a Christian, I understand about political correctness but it doesn't mean I have to agree with the decision that has been made. There was no harm in having the blessing before meetings and I have asked what brought this decision on. It's not something I'll make a song and dance about, but I'm disappointed that the decision seems to have been made by officers and not by members. We should have been asked our opinion."

But a council spokeswoman said: "A letter went to elected members explaining our council's duties and obligations which include the need to eliminate discrimination, harassment, victimisation or any other prohibited conduct; advance equality of opportunity by having due regard to: removing or minimising disadvantage meeting the needs of particular groups that are different from the needs of others, encouraging participation in public life, foster good relations, tackle prejudice and promote understanding."

She pointed out that the council had a policy "to achieve equal access for the people in our region regardless of race, gender, disability, sexuality, age, religion or belief".