Monarch’s role as head of Church of England “unsustainable” 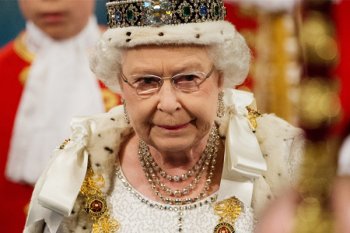 The National Secular Society says that the Queen's or any future Monarch's role as Supreme Governor of the Church of England is unsustainable – despite the results of a new poll showing that 79% of British adults think that the Queen still has an important "faith role".

The ComnRes poll for the BBC also shows that 73% of respondents agree that the Queen and future monarchs should keep the titles of Supreme Governor of the Church of England and Defender of the Faith.

Meanwhile, just one in four think the Queen and future monarchs should not have any faith role at all.

Terry Sanderson, President of the National Secular Society, said: "Britain is a very different country to what it was when the Queen came to the throne in 1952. We can no longer sustain the idea that the Church of England is of any real significance to the vast majority of people.

"Attendance at churches continues to fall – now only one in fourteen is in church on a normal Sunday and the rising proportion who declare themselves to be non-religious is around the same as those declaring themselves Christian.

"If the Queen declares an allegiance to, and indeed preferential status for, only one religion — as she did at her coronation — then it renders everyone who is not of that religion to be less than full citizens.

"Prince Charles's suggestion that he be "Defender of Faith" would be a step forward, but the ultimate goal must surely be for the Church of England to be disestablished and for Britain to be a secular democracy that includes everyone of whatever creed or none without privilege or disadvantage. No head of state, be they monarch or not, should express any religious preference, far less be under a formal obligation to sustain one.

"The monarch should be free to follow any personal faith, or none, but the monarch is the only person in the country not free to have whatever personal faith they wish, or have none at all.

"The monarchy's role in this country is now almost entirely ceremonial anyway, and its relevance will be continually reduced as demographic trends of diversity continue. If the monarchy is to survive as anything more than a sentimental relic, it will have to face up to the fact that this country has changed radically over the past three generations. The next monarch must move on or be left behind as a Ruritanian-style sideshow.

"Despite dwindling congregations, British monarchs promise in their Coronation oath to maintain privileges for the Church of England. It is unacceptable that only a protestant Christian can be head of state. Neither could be less appropriate in one of the least religious and most religiously diverse countries in the world. Practically all western democracies have abandoned the medieval concept of establishment, most recently Sweden.

"That younger people are so markedly less enthusiastic about a religious monarchy is a sign that this is the way we should be changing the oath for those that will be our head of state in future generations."

Had the question about whether 'the Queen and future Monarchs should have any faith role or title at all' not mentioned the Queen, we are convinced that the result would have been much more in favour of no faith role.