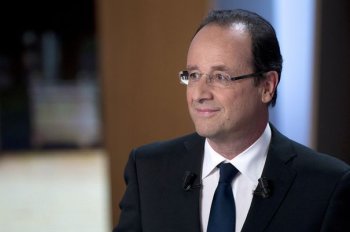 The Catholic Church and other right-wing groups in France have given notice that they intend to resist the newly-elected President's progressive social agenda.

Francois Hollande – who will be sworn in as president today – was greeted last weekend by a demonstration of 1,500 extremist Catholics who marched through Paris threatening opposition to his proposals to introduce same-sex marriage, cut the Government's funding of religious schools and legalise assisted suicide.

Using the familiar overblown rhetoric that has become familiar when the Catholic Church goes on the warpath, the march's organiser Alain Escada, said: "We must act to stop the destruction of French civilization and of the French homeland. We can't passively await the change Mr. Hollande and his allies want to impose on us."

The party of Nicolas Sarkozy, the departing president, said it, too, would resist the legalisation of same-sex marriage as would Marine Le Pen, leader of the far-right National Front that worryingly did so well in the recent election.

Mr. Hollande's aides say that he is unlikely to delay on gay marriage and other social initiatives because he has very little room to manoeuvre on the economic front and so must deliver on other parts of his electoral platform.

"We must go ahead within the first year of the mandate," said Socialist lawmaker George Pau-Langevin, who was in charge of societal issues in Mr. Hollande's campaign.

Same-sex marriage has been a longstanding issue in France. The country was among the first to grant same-sex couples legal rights with the creation of the Civil Solidarity Pact, a form of civil union, in 1999. Since then, other European countries, including Belgium, Spain and Portugal, have introduced gay marriage.

Mr Hollande has also promised to give half the posts in his cabinet to women.