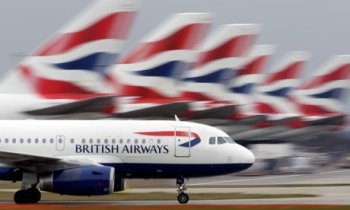 A claim of religious discrimination was so ridiculous that it was thrown out of an employment tribunal this week before the hearing even got under way.

A British Airways steward, Rothstein Williams said that when a female co-worker called him "darling" it offended his religious sensibilities to the extent that he had to bring a case to the tribunal. He is a member of the Seventh Day Adventist Church. He also said that another colleague had "harassed" him for reading the Bible and his managers had done nothing about it.

Mr Williams went to the tribunal to claim that BA discriminated against him on religious grounds. His claim never got off the ground, however, when tribunal judge Jessica Hill said Mr Williams claim did not have any legal basis and dismissed it before any court proceedings could begin.

The tribunal had heard that BA has so many staff that they struggle to remember each other's names, so 'darling' is a useful substitute.

Mr Williams explained how he came to be so offended during a trans-Atlantic flight in 2010. He said: "My colleague said 'Take the glasses darling'. I said I was Rothstein'."

The woman said she regularly called people 'darling' and passengers liked it, adding it was a 'nice name'.

On another occasion Mr Williams said a male colleague had seen him reading his Bible at work and harassed him because of it. He said he had been undertaking Bible studies but ended up in front of a disciplinary panel which sided with the witness – who said he had been writing about his colleagues.

Mr Williams, who is still employed by the airline, said his treatment left him depressed.

But Judge Hill insisted it was his reactions to fellow members of staff that led to his disciplinary action and suspension, not his religious beliefs.

Victor Hulbert, spokesman for the British wing of the Seventh Day Adventists – which claims a British membership of 334,000 - said: "I wouldn't think we would be any more offended by use of the word 'darling' than any other members of the public. And a pastor would suggest you turn the other cheek."