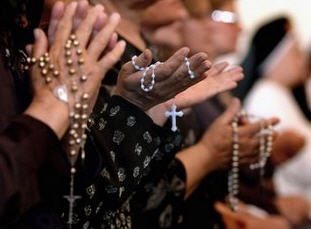 An extensive survey of Irish Catholics has found widespread dissent from Church teachings, particularly on questions of sexuality.

One thousand Catholics in the Republic and Northern Ireland were surveyed in the Amarach Consulting poll. It found that 87% said that priests should be allowed to marry, 77% said that the Church should ordain women, 61% said that homosexual acts are not immoral, and 75% said that the Church's teachings on sexuality are irrelevant to their lives, particularly the young.

The poll included any respondents who identified themselves as Catholics, whether or not they practiced the faith. Of those surveyed, only about one-third attended Mass regularly each week (or more frequently).

The poll was commissioned by the Association of Catholic Priests (ACP), a group that has frequently called for changes in Church teaching and discipline. The survey included some questions that reflected ACP's interest in increasing the distance between the Irish Church and the Vatican.

The poll also found considerable dissatisfaction (43%) with the new English translation of the Mass. However, only 52% said that they had heard the new translation— which shows many of them rarely attend Mass.