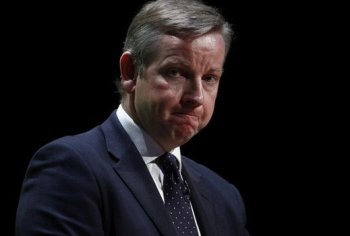 The Department for Education has announced that it will investigate complaints that rules were breached when Catholic schools were asked to encourage their pupils to sign a national petition against gay marriage.

Last week the Catholic Education Service (CES), responsible for the handling of hundreds of state funded schools, confirmed it had written to more than 359 Catholic secondary schools in England and Wales and asked them to draw attention to an anti-marriage equality letter written by senior archbishops, which spoke of the "duty" to preserve "the true meaning of marriage."

The investigation was welcomed by the National Secular Society which last week wrote to the Secretary of State for Education, Michael Gove, and his Welsh counterpart Leighton Andrews, requesting that they take immediate action.

A spokesman for the Department for Education has since announced it is looking into complaints that the request violated regulations concerning impartiality.

A Department for Education spokesperson said: "Schools have a responsibility under law to ensure children are insulated from political activity and campaigning in the classroom. While faith schools, rightly, have the freedom to teach about sexual relations and marriage in the context of their own religion, that should not extend to political campaigning. Officials are looking into this as ministers are anxious to establish the full facts of this case and will be meeting representatives of the CES shortly."

The Welsh Government has also announced its own investigation.

Stephen Evans, Campaigns Manager at the National Secular Society said: "We believe the activities encouraged by the CES go beyond the statement of religious doctrine into the promotion of partisan political activism in schools, and are therefore a breach of sections 406-7 of the Education Act 1996 which prohibit the political indoctrination of schoolchildren and require political views to be presented in a balanced way.

"It is also likely that the schools which have acted on the request from the CES will have inadvertently harassed or victimised pupils and potentially incited prejudice against gay people. Such behaviour from state funded schools is completely unacceptable and is likely to be in breach of equality legislation"

The CES, which acts for Catholic bishops, denied breaking any laws. A spokesperson for the CES said "The Catholic church's view on the importance of marriage is a religious view, not a political one."