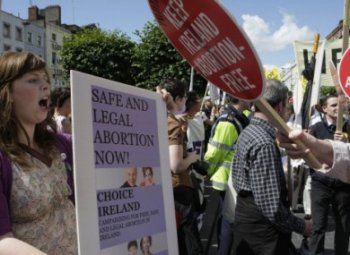 The lower house of the Irish Parliament has rejected a private member's bill to ease the Republic's abortion laws. In a vote of 109 to 20, the Dáil rejected the bill brought by Clare Daly of the opposition Socialist Party that would permit "termination of pregnancy where a real and substantial risk to the life of the pregnant woman exists."

Ms Daly had urged the Dáil to bring Ireland in line with a 2010 European Court of Human Rights ruling that held the country's failure to implement the existing constitutional "right" to abortion was a breach of the European Convention on Human Rights.

In 1992 the Irish courts legalized abortion in limited circumstances in the "X" case. However, successive governments have declined to enact legislation codifying the country's abortion laws.

The below video provides accurate factual information on abortion in Ireland.