Eric Pickles is behaving like a dictator over council prayers 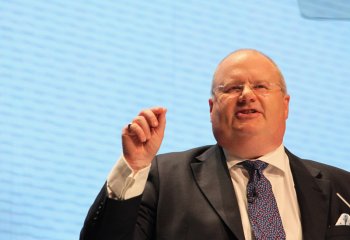 The National Secular Society has accused Communities Secretary Eric Pickles of behaving like a dictator by unilaterally declaring that a High Court judgment no longer applies.

Mr Pickles has issued a statement saying that the Localism Act, which has now come into effect after he fast tracked it, "enables councils to continue to include prayer as part of the formal business at council meetings." ButKeith Porteous Wood, Executive Director of theNational Secular Society, said that it was far from proven that this was the case.

Legal advice obtained by the National Secular Society says that the Localism Act doesn't give councils the powers that Mr Pickles attributes to it.

Mr Wood said: "Mr Pickles is behaving like some sort of dictator, declaring a legitimate court judgment to be overturned simply because it doesn't suit his personal religious views. In doing so, he puts councils who take him at his word at risk of being in contempt of court. It is highly irresponsible of him.

"Parliament never gave consideration to prayers during the drafting of the Localism Act, nor are prayers mentioned in it. It is only the courts who can declare whether prayers during council meetings are lawful under this Act, but this has not been tested in any court. Ministers have no authority to declare what the law is, and Mr Pickles doing so just because it suits his purposes is reprehensible."

Mr Porteous Wood's opinion was supported by an article in the Guardian in which Keith Peter-Lucas, a local government lawyer and partner at public services law firm Bevan Brittan, stated: "This general power has been oversold as a universal panacea. Despite the secretary of state confidently saying that this immediate implementation should effectively overtake Mr Justice Ouseley's ruling, the new general power may actually offer little assistance in this instance."

Similarly, Nigel Adams, head of democratic services at Cotswold District Council says: "We understand that there are people, including some eminent legal people, who are not convinced that this part of the Localism Act does what Eric Pickles says it will do."

This is Eric Pickles' statement in full:

In February, the High Court ruled against Bideford Town Council, maintaining that it was illegal for councils to continue with the long-standing practice of holding prayers at the beginning of their meetings. This judgment was based on an interpretation of Section 111 of the Local Government Act 1972.

In response, Eric Pickles fast-tracked the introduction of the new general power of competence for (principal) local authorities inEngland. Amongst other things, this new power enables councils to continue to include prayers as part of the formal business at council meetings, if they wish.

Following approval in both houses of Parliament, the power to include prayers has now been extended to town and parish councils, like Bideford, that meet the criteria.

This builds on the speech by the Prime Minister in Christ Church,Oxford, in December, where he asserted: "We are a Christian country and we should not be afraid to say so".

Eric Pickles, Secretary of State for Communities and Local Government, said: "Parliament has been clear that councils should have greater freedom from central interference. These new powers let councils innovate and also hands them back the freedom to pray.

"Bideford Town Council will be able to hold prayers once more at the start of council business. With Easter approaching, this sends a strong signal that this Government will protect the role of faith in public life against aggressive secularism."

Meanwhile, Brigg Town Council inLincolnshirehas decided to start the council meeting then suspend proceedings so that prayers can be said by a local clergyman and then resume the meeting.

This follows advice given by the Barton-based East Riding and Northern Lincolnshire Local Councils Association (ERNLLCA) which assists parish and town authorities. ERNLLCA has advised local councils against holding prayers DURING council meetings.

Coun James Truepenny commented that he thought it important for prayers to be said as the time involved gave members "a moment for reflection".

Fareham Council Hampshire has moved prayers off the agenda to immediately before the meeting begins.