Catholic Education Service is abusing its authority in state schools 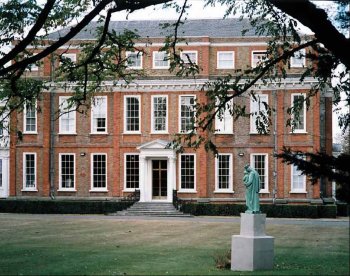 The National Secular Society has accused the Catholic Education Service (CES) of abusing its authority by contacting Catholic schools asking them to tell pupils about a political campaign against equal marriage legislation for LGBT people.

This week, the CES confirmed "it had written to at least 359 Catholic state secondary schools in England and Wales last month asking them to draw attention to a letter by senior archbishops which told Catholics of their 'duty' to do "all we can to ensure that the true meaning of marriage is not lost for future generations".

Terry Sanderson, President of the National Secular Society, said: "This is a clear breach of the authority and privilege that the Catholic Education Service has been given in schools. Surely it is no part of its remit to promote a specific political campaign from this purely sectarian viewpoint. It is disgraceful that children are being encouraged into bigotry when they are attending a state school paid for by taxpayers."

A student at St Philomena's CatholicHigh Schoolfor Girls in Carshalton told Pink News that pupils from 11 to 18 were "encouraged" to sign the anti-equality pledge by the school's headmistress.

Sixth form student Katherine said: "In our assembly for the whole Sixth Form you could feel people bristling as she explained parts of the letter and encouraged us to sign the petition. She said things about gay marriage and civil partnerships being unnatural. Most importantly though, there are several people in my year who aren't heterosexual — myself included — and I for one was appalled and actually disgusted by what they were encouraging."

A spokeswoman from the CES said that the letter was distributed to schools, which were allowed to approach the letter in a way they thought was appropriate. She said: "We asked schools to draw pupils' attention to the petition, which simply affirms Catholic beliefs. It is important children are taught about Catholic values. We are supporting marriage as it is currently defined. It is a positive affirmation, not negative."

She also said "Children are in schools to have their minds opened to different things and to learn. Nobody was forced to sign the petition. It was just suggested to them."

The Coalition for Marriage has pointed out that the petition is not open to people "of all ages" as the CES suggested, but only to those aged 16 and over.

Terry Sanderson said that there was the question of whether schools that carry out the CES's request are breaking the law by inciting prejudice against gay people and promoting partisan political views in this way.

"The CES must withdraw this letter and undertake never again to use schools for ideological campaigning. Children go to school to be educated, not to be taught how to be bigots. According to recent research, most Catholics do not support the Church's stance on equal marriage – were they consulted before this was foisted on their children?"

The Education Act 1996 prohibits the promotion of partisan political views in schools and places a duty on governing bodies and head teachers to secure balanced treatment of political issues.

The National Secular Society has now written to the Secretary of State for Education, Michael Gove, and his Welsh counterpart Leighton Andrews, requesting that they take immediate action. Mr Andrews responded quickly by ordering his officials to investigate the incident.

A Welsh government spokesperson told BBC Wales' Dragon's Eye programme: "The education minister has seen the press stories and has asked officials to investigate. All schools must ensure issues are taught in a way that does not subject pupils to discrimination."

The CES intends to issue new guidelines to its schools to remind them that children under the age of 16 cannot sign the online petition.

Interviewed by BBC Wales TV, the executive director of the National Secular Society, Keith Porteous Wood, said: "I think the church is seeking to promote its overtly political stance where it doesn't even seem to accept the supremacy of parliament by using its schools, which are taxpayer funded." He added: "It is not right of the church to use the school as a political lobbying tool and we are certain this is against the Education Act and it may be in breach of the Equalities Act."

Mr Porteous Wood added: "It makes me feel sick. I think about the poor gay kids that are at these schools and the message that it gives of the totally unrealistic, inhumane policy of the Catholic Church towards gay people."