Why US Catholics are leaving the Church 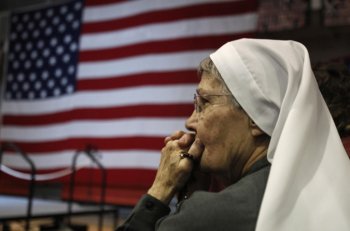 A survey of lapsed Catholics has tried to get to the root of why they abandoned the church. The findings were based on responses to a survey in the Diocese of Trenton, New Jersey called Empty Pews and are included in a report presented on 22 March at the "Lapsed Catholics" conference at the Catholic University of America in Washington, D.C.

The respondents were asked what issues they would raise if they had five minutes with their local bishop. Their answers were not very surprising:

While the study was restricted to one diocese, chances are the responses could come from just about anywhere in the US, where a 2007 report by the Pew Forum on Religion & Public Life found one-third of Americans were raised Catholic but one-third of those had left the church.

About a quarter of the respondents said they still consider themselves Catholic despite not attending Mass. About half offered negative comments about their parish priests, whom they described as "arrogant," "distant" and "insensitive."