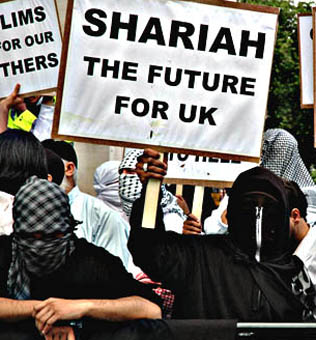 On Wednesday, Anne Marie Waters and Maryam Namazie spoke on "sharia law and human rights" on behalf of the One Law for All campaign at Queen Mary, University of London. This talk had been rescheduled following the cancellation of Anne Marie's talk in January when an intruder threatened her and the audience that he would "track them down" if they said anything negative about the Prophet Mohammed.

Anne Marie said "We were really pleased that the Atheist, Secularist and Humanist Society at Queen Mary stuck to their guns and rescheduled this important discussion. These discussions need to take place and it is important that we defend free speech – particularly in universities".

Security was tight at the event but it was well attended and many points of view were put forward. Anne Marie will give a full report on Blogs and Opinion on Monday.