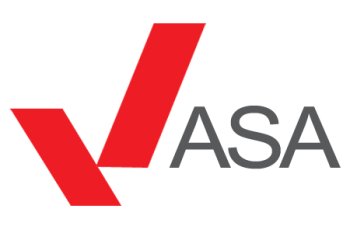 The Advertising Standards Authority has ruled that an ice cream advert is not offensive to Christians – even though it had previously banned a very similar ad from the same firm.

The ASA received 13 complaints claiming the ad was offensive on religious grounds, especially at Christmas. But the adjudicating committee concluded:

"We acknowledged that the ad might not be to everyone's taste; however, we considered that most consumers would understand that it was light-hearted take on the biblical story rather than a mockery of Christian belief. Because we did not consider that the ad would cause widespread or serious offence, we concluded that it had not breached the Code."

But in a previous adjudication on an advert from the same company that showed two priests who appeared to be on the verge of kissing while eating ice cream, the ASA reasoned:

"We considered the portrayal of the two priests in a sexualised manner was likely to be interpreted as mocking the beliefs of Roman Catholics and was therefore likely to cause serious offence to some readers. We concluded that the ad breached the Code [of Advertising Practice]."

Another banned advertisement from Antonio Federici showed a pregnant nun eating the ice cream under the tag line "Immaculately Conceived".

After these adverts were banned, the National Secular Society had a meeting with the ASA's chairman Lord Smith of Finsbury, to protest that by banning such mildly satirical and good-humoured adverts, the ASA was severely interfering with freedom of expression.

The NSS also protested to the ASA that the British Code of Advertising Practice (BCAP) gave too much deference to the feelings of a handful of religious people, with a knock-on detriment to free expression.

The BCAP rejected these complaints and said it would continue to protect the sensibilities of religious believers (particular those of minority religions) from being outraged or offended by advertising.

Keith Porteous Wood, Executive Director of the National Secular Society, said: "We welcome the latest adjudication but it is an almost complete reversal of previous findings. It's difficult to make sense of how the ASA reaches its decisions. Either the BCAP has loosened its code a little or the ASA is being inconsistent and contradictory in the way it reaches its conclusions, Either way, it is essential that the previous Federici adverts be revisited and the bans lifted."

At the time of the previous adjudications, the NSS warned that the ASA was introducing a form of blasphemy law through the back door.