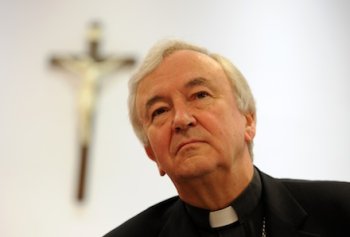 Reports suggest that the controversial bishops' letter opposing gay marriage which was supposed to be read out to all Catholic congregations in England and Wales a couple of Sundays ago was widely ignored and disregarded.

Reports are coming in from Catholic sympathisers that the letter was not read out by their priest as it was supposed to be. It is not clear how many churches ignored the letter, but the Catholic magazine The Tablet reports that many Catholics walked out of churches where it was read.

The magazine reports that the letter, written by the Archbishops of Westminster and Southwark, got a frosty reception in some places. "One parishioner in Oxfordshire explained that six people walked out of Mass at his church when the letter was read out. 'I have never seen that in 40 years', he said. 'It was done very quietly in a dignified fashion and with no shaking of fists'."

The Tablet said that dozens of Catholics voiced their opposition to the letter on the social networking website Mumsnet, which attracts more than 1.5 million users a month – a large proportion of whom are middle-class mothers. Some contributors to Mumsnet said that the letter had forced them to reconsider their faith.

One person who used the name LividCatholic described how they had walked out of Mass while the letter was being read shouting "I'm ashamed to be a Catholic" while another said they had "cried during Mass" adding: "I don't want to leave the church but I don't know if I can stay, either." Another said the Archbishops' letter had reduced marriage to "a means to reproduce".

Some priests had not read the letter out but had distributed copies for those who wanted to read it. Others did not ask parishioners to sign petitions, as requested in the letter.

Many kinds of Catholics

The Catholic Church is ruining my marriage

It's time for liberal Catholics to quit the Church