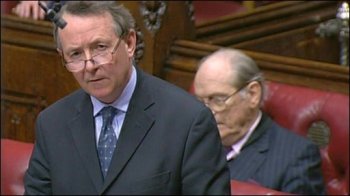 "No. We have no plans to change the law. At present there is nothing in UK law that denies people the right to express their religious views - including through the wearing of a religious symbol such as a cross - while at work. Employers need to have proportionate and legitimate reasons if they want to restrict their employees from openly wearing a cross or any other religious item. We believe that in this respect domestic law strikes the right balance between the rights of employees to manifest their faith and that of employers to place legitimate restrictions on that where appropriate, for instance in order to ensure patient safety or for health and safety reasons."

See also: Blessed are those with a persecution complex