Feminists demand an end to church-state ties in Poland 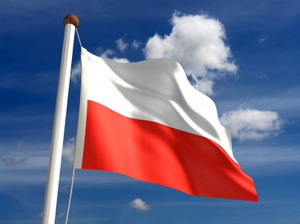 Feminists and supporters took to the streets of several Polish cities last Sunday, demanding ties between Church and State should be cut. 3000 participants in the "XIII Great Warsaw Manifa" marched under the slogan of "We are cutting the umbilical cord."

The slogan was a reference to the funding of the Church by the state, and when the march reached the Polish parliament, two participants cut a symbolic umbilical cord. Poland signed the Concordat with the Holy See, which gives the Church certain privileges in terms of taxation and property.

Protesters argued that the global financial crisis provided further logic for the abandoning of state funding for the Church, and that attention should be focused on health, education, violence prevention and other social issues.

Although 80 percent of funding for the Roman Catholic Church in Poland comes from the faithful, the government pays about 89 million zloty (21.4 million euros) per year into the so-called Church Fund.

"We want health, not Hail Marys," one protestor said. Calls for the full legalisation of abortion and in vitro fertilization were also voiced.

Meanwhile, Mariusz Blaszczak, leader of the conservative Law and Justice (PiS) in parliament, told Polish Radio this morning that the manifa demonstration was "microscopic" compared to the others and added that instead of defending the rights of women, participants of the demo attacked the Church.