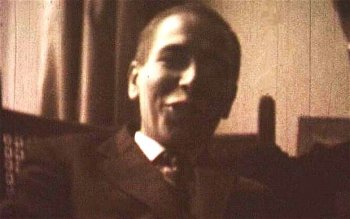 At least 10 teenage boys or men under the age of 21 were surgically castrated "to get rid of homosexuality" while in the care of the Dutch Roman Catholic Church in the 1950s.

Evidence of the castrations has emerged amid controversy that it was not included in the findings of an official investigation into sexual abuse within the church last year.

The NRC Handelsblad newspaper identified Henk Heithuis (pictured), who was castrated in 1956 after reporting priests to the police for abusing him in a Catholic boarding home. Joep Dohmen, a journalist, found evidence of at least nine other castrations. Mr Heithuis died in a car crash in 1958, two years after being castrated at the age of 20, while under the age of majority, which was then 21.

Two clergymen were convicted of sexual abuse and Mr Heithuis was put in a Catholic psychiatric hospital before being admitted to a hospital in Veghel. There, court papers confirm, he was castrated "at his own request", despite no submission of written consent. Cornelius Rogge, a sculptor and friend of Mr Hethuis is reported to have seen the effects of the castration and believes that "the castration was a punishment".

Sources told Mr Dohmen that the surgical removal of testicles was regarded as a treatment for homosexuality and as a punishment for those who accused clergy of abuse.

Last December, an investigation by Wim Deetman, a former minister, received 1,800 reports of sexual abuse by clergy or volunteers within Dutch Catholic dioceses in the period since 1945. The Heithuis case was not followed up because "there were few leads for further research". There are through to be at least ten other such cases.

However, according to this report, "Vic Marijnen, the chairman of the board at Harreveld boarding school, who later served as Dutch prime minister, had written a letter to the Dutch queen, requesting a pardon for those convicted of abuse at his school. Both this, and the information about castrations, was known to the Deetman Commission that investigated church sex abuse in theNetherlands. But neither matter was mentioned in the lengthy Deetman report published in December."

Yesterday it emerged that minutes of meetings held in Catholic-run psychiatric institutions in the 1950s show that government inspectors were present when castrations were discussed.