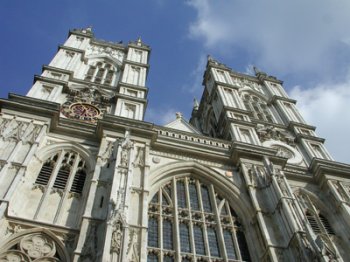 The Church of England is up in arms that the Government has removed zero-rated VAT status from the cost of alterations to listed buildings – without giving the Church an exemption.

In a letter to George Osborne last week, Richard Chartres, Bishop of London, said that the removal of zero-rated status for such works would "be a blow to huge numbers of volunteers who are working to open up their churches to wider community use".

Chartres called for an exemption for places of worship, or if that was not possible, additional funds for the Listed Places of Worship Grant Scheme, which he said "to some extent offsets the VAT payable on repairs on listed buildings", which are not currently zero-rated. The grant scheme – introduced by Gordon Brown when he was told by Europe that he could not vary the VAT rate to the Church's advantage - was previously given the go-ahead until 2014. In his Budget announcement Osborne advised that this would be extended, however no additional funds were announced for this purpose.

Chartres said in his letter that "some £22m in VAT liability was incurred by parochial church councils on works undertaken in the community interest last year and they have therefore already had to bear the lion's share".

The Church of England is responsible for 45 per cent of all Grade 1 buildings in the country, with 12,500 of its 16,000 buildings listed. Many of these are undergoing alterations to make them more accessible, such as providing toilet and kitchen facilities or disabled access, and prior to the Budget, these works had been exempt from the standard rate of VAT.

A further letter supporting the Church's demands was sent by Tony Baldry MP, the Second Church Estates Commissioner. He questioned whether the inclusion of places of worship in the measure was "deliberate or an oversight" and added that "for a significant number of MPs, their greatest contact with churches in their constituencies is as a consequence of churches looking for help and support in parishes and communities having to fundraise to maintain and restore church buildings".

Baldry called for a meeting between Chartres, Osborne and himself to discuss the issue.

Keith Porteous Wood, Executive Director of the National Secular Society, said: "Many churches have architectural and historical significance that is worthy of state support, but so are many secular buildings that are also not exempt from this tax responsibility. They, too, are struggling, and some important buildings are falling into disrepair because the owners cannot afford to maintain them. Is the National Trust or English Heritage to receive the same perks?

"The Church's self-interest seems to know no bounds. Not satisfied with the VAT subsidy on repairs to listed buildings but ring-fenced to places of worship, it wants yet more preferential treatment. Much of this privileged tax funding is for the benefit of parishioners rather than as a part of the nation's heritage preservation.

"If we value our heritage, we should value all of it, not just churches. If churches are to receive grants from the Government to cover VAT on heritage building alterations, then grants should be made to all heritage buildings on the same basis."