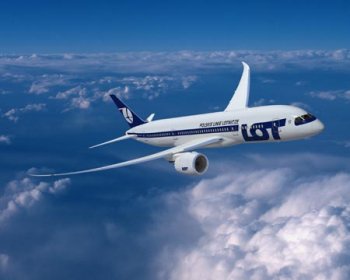 Conservative MPs in Poland have complained to the national airline LOT that banning staff wearing the Roman Catholic cross on flights is "discriminatory" and "unconstitutional".

The Polish national airline LOT is under severe pressure from the Catholic Church after it announced that it will ban the display of religious symbols at work by its flight attendants. A statement on the airline's web site says that "staff are not allowed to wear jewellery in a conspicuous place which shows a religious symbol."

Conservative MPs Anna Sobecka and Jolanta Szczypińska, are arguing that the ban is unconstitutional and "discriminates against Catholics".

"Such actions threaten fundamental rights guaranteed by art. 31 of the Polish Constitution, which says that everyone is obliged to respect the freedoms and rights of others," the MPs write in a letter addressed to the management board of LOT Polish airlines.

Former minister of transport and Law and Justice MP Jerzy Polaczek, told the right-wing Gazeta Polska daily: "This scandalous decision […] is an interference in the freedom of religion".

But spokesman for LOT airlines, Leszek Chorzewski, said that the ban includes all religious symbols, and not just the cross. "The rules apply to all symbols, including, for example, the Star of David," he said. He added that the airline carries many thousands of passengers of different faiths each year, and that LOT wants to avoid offence and "unexpected reactions".