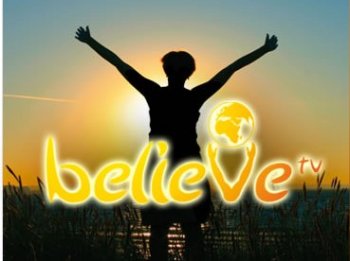 A religious TV channel has been fined £25,000 by the media regulator Ofcom after it permitted a televangelist to claim that his "Miracle Olive Oil Soap' could cure cancer.

Believe TV, operated by The Light Academy Ltd and broadcast on the Sky platform, broadcast a number of "testimony" programmes with members of churches claiming that they had been cured of serious illness or had financial worries resolved by miraculous means. Many of these programmes were already sailing close to breaching the Ofcom code of practice and eventually some of them went over the line.

A series of programmes broadcast by the channel between December 21, 2010 and February 1, 2011, televangelist Paul Lewis preached directly to the camera about the healing power of using his "Miracle Olive Oil Soap".

Another sequence featured Bishop Climate Irungu producing "testimonies" from his flock that were presented in such a way as to "encourage" viewers to believe that treatment of serious illnesses such as cancer, diabetes and heart problems could be boosted by "being anointed with a product such as olive oil soap, Ribena or oil".

In a statement, Ofcom said:

"Given that the content was also soliciting a response from viewers and such individuals experiencing serious illnesses may be vulnerable to the healing claims being made, Ofcom found there was a material risk that susceptible members of the audience may be exploited by the material broadcast on Believe TV. The finding also referred to previous decisions by both the Advertising Standards Authority and Ofcom concerning content containing similar claims by Paul Lewis which had been broadcast on other channels. When Ofcom had previously recorded breaches against Paul Lewis content broadcast on other channels in 2007 and 2008, Ofcom stated that the breaches… were very serious because the promotions of the Paul Lewis products improperly exploited the susceptibilities of vulnerable viewers of these religious channels."

The regulator criticised The Light Academy for allowing previous breaches to be repeated, and said that the licencee showed "overall very poor compliance" which "placed vulnerable viewers directly at risk of harm and exploitation".

Terry Sanderson, President of the National Secular Society, said: "This kind of thing is not unusual in the outer reaches of these manipulative religious TV channels. A quick flick through the 'Religion' section of the Sky platform will soon reveal many others who push the limits of acceptability in the claims they make. Believe TV has been caught out repeatedly. A fine is not enough. Its licence to broadcast should be revoked if it cannot be stopped exploiting its viewers in this way. Many others slip under the net because it is impossible to monitor them all, 24 hours a day."

The Ofcom ruling also states that 'In this instance, there are no direct precedent cases because this is the first case involving faith-based treatment for serious medical conditions'. We hope that this case will set a precedent for future Ofcom rulings and will also deter other TV companies from making such claims.

You can see the reasoning that led up to Ofcom's decision here and here.

Why should religion be exempt from advertising rules?

And predictable claims that If Christians are not free to say 'God heals', then there is no religious freedom in this country