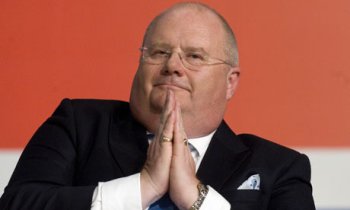 The government is activating a power it claims will allow councils in England to hold prayers at meetings.

The National Secular Society questioned the act's reach and said the move could be challenged in court.

Last week, The High Court ruled that it was unlawful for councils to hold prayers as part of a formal local authority meeting. The ruling, which followed a legal challenge by the National Secular Society and a former local councillor, is now in place and applies to Councils in England and Wales.

"A number of senior lawyers have expressed doubt whether the Localism Act will, as Mr Pickles hopes, make prayers lawful, and the Act was clearly not passed with that express intention. His powers to pass legislation are not, as he implies, untrammelled. Council prayers increasingly look set to become a battle between the Government and the courts at ever higher levels.

"We are not the aggressors; our compromises of a period of silent reflection in the meetings, or prayers before them, were rejected. Does Mr Pickles believe his powers permit Muslim, Moonie, Scientology and Wicca prayers too?"