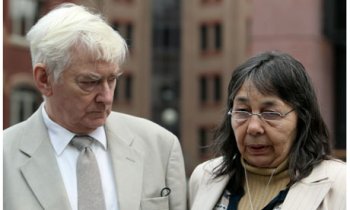 The Christian owners of a private hotel have lost their appeal against a £3,600 fine imposed on them for refusing to allow a gay couple to occupy a double room at Chymorvah House in Marazion, Cornwall, in 2008. The court of appeal unanimously ruled that Peter and Hazelmary Bull acted unlawfully when they cancelled the booking.

The Bulls' appeal was funded by the Christian Institute and they were represented by James Dingemans QC who also represented Bideford in the NSS's council prayers case.

Lady Justice Rafferty said during her judgement: "As I have made plain, I do not consider that the appellants face any difficulty in manifesting their religious beliefs. They are merely prohibited from so doing in the commercial context they have chosen."

At the initial hearing, the Bulls claimed to have a long-standing policy of banning all unmarried couples from sharing a bed – both heterosexual and gay. But the NSS has evidence that this policy was not applied to one of its own Council members: Dr Ray Newton stayed in a double room at the hotel with his female partner in 2006, and we have seen the evidence from his credit card statement.

As NSS Executive Director Keith Porteous Wood commented during the original court case, "The argument that this was a private home is undercut by the fact it has a large sign outside proclaiming it to be a hotel".

After the ruling, John Wadham, the Equality and Human Rights Commission's legal director, said: "We believe that this case will help people to better understand the law around freedom of religion. When offering a service, people cannot use their beliefs — religious or otherwise — to discriminate against others". For further coverage of the case, see our articles here and here.