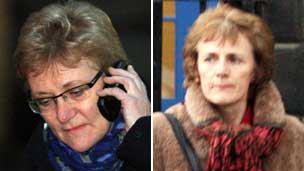 Two Catholic midwives have lost a legal battle after claiming that being asked to supervise nurses involved in abortion procedures violated their religious conscience.

The two women said being forced to supervise staff taking part in abortions at Southern General Hospital in Glasgow violated their human rights.

In judgement at the Court of Session in Edinburgh , Lady Smith said their right of conscientious objection was not unqualified and they had agreed to take up the roles of labour ward co-ordinators, although they now took objection to the job content. She added that "They knowingly accepted that these duties were to be part of their job. They can be taken to have known that their professional body, the Royal College of Nursing, takes the view that the right of conscientious objection is limited and extends only to active participation in the termination."

NSS president Terry Sanderson said: "These women knew when they started the job that the conscientious objection that is allowed only extends to direct participation in the abortion and not to supervising other nurses who might be working in that area. The court has made the right decision not to extend the scope of the conscientious objection otherwise where would it end? Would they be able to object to working in a hospital that carries out terminations? Or for a health authority that carries out terminations? They are perfectly entitled to their religious beliefs, but they must understand that not everyone shares them and if they don't want to do the duties that are required of them, they should go into another line of work.

"Abortion is legal in this country and no woman undertakes it lightly. It is stressful enough without the added burden of dealing with disapproving midwives".

This is the latest in a series of attempts by religious believers to put their beliefs above patient care. Like all previous attempts to secure special privileges at work, this one has failed.