NSS challenges the law: an insult should not be a criminal offence 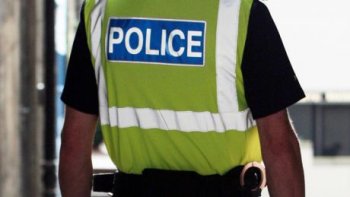 The National Secular Society has submitted a response to the Police Powers Consultation, calling on the Government to remove 'insulting' from Section 5 of the Public Order Act. A change in the law would protect freedom of expression for both the religious and non-religious. It would also lay down clearer guidelines for the police and direct them to focus on more serious cases.

The submission calls on the Government to recognise that the word 'insulting' sets the bar for criminal offence far too low. The risk of being arrested can in itself have a chilling effect, preventing people from expressing legitimate views. Section 5 would retain threatening and abusive conduct to cover serious offences and there are other existing laws to protect the individual.

Section 5 of the Public Order Act currently states that it is an offence to use threatening, abusive or insulting words or behaviour, or disorderly behaviour, or displays any writing, sign or other visible representation which is threatening, abusive or insulting within the hearing or sight of a person likely to be caused harassment, alarm or distress thereby.

The NSS submission makes the case that 'insult' is too subjective and nebulous a concept, and therefore open to abuse, partly because a subjective response is hard to challenge. It also identifies a growing trend to claim offence on behalf of a religion.

Other organisations such as Liberty, Justice, the Christian Institute and the parliamentary Joint Committee on Human Rights are also calling for the removal of 'insulting'. The law must recognise that groups like the Christian Institute have a right to freedom of expression but it must also ensure that 'insulting' cannot be used by the religious to prevent debate, analysis or criticism.

Section 5 has been used against religious campaigners against homosexuality, a British National Party member who displayed anti-Islamic posters in his window and people who have sworn at the police. A teenage anti-Scientology protestor was arrested, as was a student for calling a police horse 'gay'. Both were released without charge but changing the law would make guidance for the police clearer. At the moment, there is evidence that some officers are not clear about what does or does not constitute an insult.

The removal of the word 'insulting' from section 5 would also bring English law into line with Scottish law, which works effectively without criminalising 'insulting'. For example, the Offensive Behaviour at Football and Threatening Communications (Scotland) Act 2011 explicitly excludes 'insult' from the list of banned behaviour.