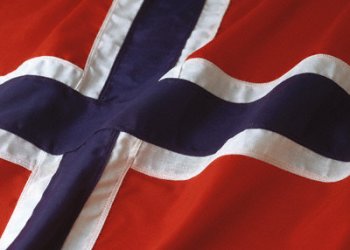 A Norwegian government-appointed committee is set to make recommendations that will allow police and judges to wear clothing and personal effects with religious overtones, including the Muslim hijab.

Tasked with setting out a new religious affairs policy, the committee believes that religious symbols like the hijab and the Christian cross should be granted a place in Norwegian public life.

"We need to be able to tolerate being exposed to other people's religion, whether we meet an imam in a hospital corridor or a police officer with a hijab," one committee member told the Christian newspaper Vårt Land.

Another member confirmed the committee's stance: "Based on discussions with the committee, I am convinced that it will be possible to combine religious headgear with judges' robes and police uniforms."

Sturla Stålsett, who heads the committee, clarified that Norway would not choose to go down the same road as France, which banned the wearing of the hijab in schools in 2004. "Our conclusions will reflect the fact that we in no way want to hide away or reduce the presence of religious symbols. We want to ensure that diversity can be robust," he said.

The issue of hijab-wearing police officers sparked a furious debate three years ago, leading then Justice Minister Knut Storberget (Labour Party) to retract a proposal that would have allowed Muslim women in the police force to wear the headscarves.

The religious policy committee, formed by Culture Minister Anniken Huitfeldt (Labour Party), held its first meeting in August 2010. It has been mandated with examining Norway's current policies on faith and religion with a view to developing new proposals that will give the country a more coherent approach. It is expected to present its findings by the end of this year.