Majority of Britons want bishops out of the House of Lords 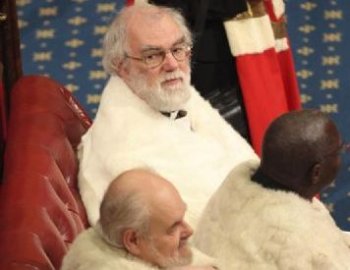 A Yougov poll for the Sunday Times has revealed that the majority of people in this country do not think Church of England bishops should be entitled to sit in the House of Lords.

Keith Porteous Wood, Executive Director of the National Secular Society, said: "The Government should take its cue on the Bench of Bishops in the House of Lords from the public, who overwhelmingly believe the Bishops should go. The time has gone for kow-towing to these out of touch bishops and vested interests in the Church. When reform of the House of Lords comes up for debate, the removal of the Bench of Bishops can now be considered with confidence with the knowledge that most of the country think it should go."