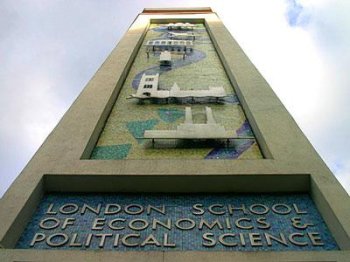 At an Emergency General Meeting the LSESU proposed 'That Islamophobia is a form of anti-Islamic racism'. The motion passed by 339 votes to 179. The winning voting bloc contained people from Far Left groups as well as Muslims. The Union resolved:

- To define Islamophobia as "a form of racism expressed through the hatred or fear of Islam, Muslims, or Islamic culture, and the stereotyping, demonisation or harassment of Muslims, including but not limited to portraying Muslims as barbarians or terrorists, or attacking the Qur'an as a manual of hatred",

- To take a firm stance against all Islamophobic incidents at LSE and conduct internal investigations if and when they occur.

The LSESU had previously told the group that unless it removed the cartoon from its Facebook page, it could be expelled from the Union - read our news coverage for the background to this.

In a statement on behalf of LSE ASH, its President Chris Moos said:

'There are no reasonable grounds for the LSESU's instruction because we are in no way violating their policies or byelaws. The cartoons on our Facebook page criticise religion in a satirical way and we totally reject any claim that their publications could constitute any sort of harassment or intimidation of Muslims or Christians.

'That there was no deliberate intention to offend is illustrated by the fact that the cartoons were posted only on the LSESU ASH page and not in other spaces. But even if some people are offended, offence is not a sufficient reason for certain artistic and satirical forms of expression to be prohibited. A university should hold no idea sacred and be open to the critiquing of all ideas and ideologies'.

Tessa Kendall, NSS Senior Campaigns Officer said: "The conflation of religion with race and the portrayal of the Muslim community as a homogenous entity is becoming a way to blackmail and manipulate, to stop any questioning of Islamists and their activities, even the most serious attacks on Human Rights. Freedom of expression is being held hostage by a minority of religious extremists who are manipulating well-intentioned but misguided liberals into silencing debate".

"It is only through robust debate that Human Rights are protected, even if fundamentalist believers resent having their beliefs challenged. If there is no freedom of expression and open debate of ideas in an academic setting, this bodes very badly for the rest of society, especially when the media and politicians either can't or won't defend free expression".

A spokesperson from the National Federation of Atheist Humanist and Secular Student Societies (AHS) said: 'This is not the first time that an AHS member has been caught up in a row over published material. In 2008, Warwick Atheists caused controversy with a poster showing religious symbols being put in a bin. Leeds and Southampton Atheists have both experienced intimidation when they proposed showing material that some Muslims took offence to'.

You can listen to the debate at the EGM here.

The blasphemy law was abolished in 2008 following a long campaign led by the NSS.

The blasphemy law was abolished in 2008 following a long campaign led by the NSS. We will be monitoring the situation at LSE very closely.