Church of England continues to shrink according to official figures 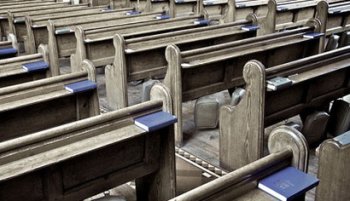 Provisional statistics released this week by the Church of England show the Church continuing to shrink. Average Sunday attendance in 2010 continued in a downward trend, falling by two per cent to 923,700 or around 1.5% of the UK population. Average weekly attendance fell to 1,116,100 (1.8% of the population) from 1,130,360 in 2009.

Funerals in church and crematoria were down by two per cent and four per cent respectively.