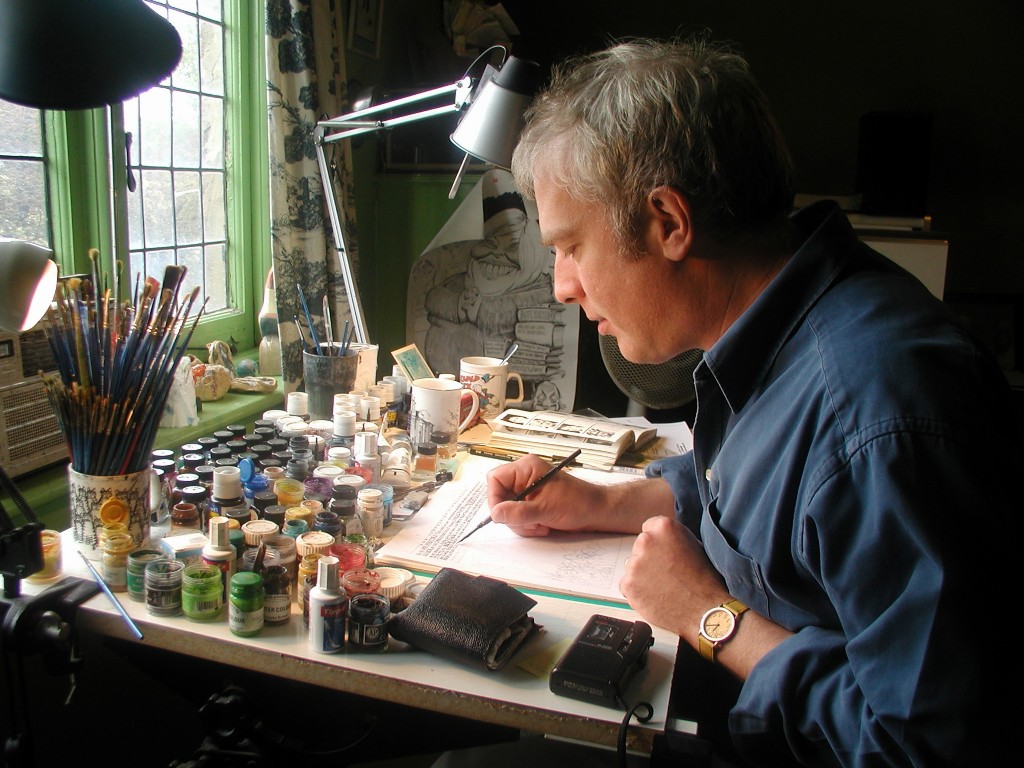 "It's very important to take the piss. It's one of our most important protections against tyranny."

Martin Rowson is an illustrator, political cartoonist and comic artist. He created the ambitious 'The Wasteland' and 'The Life and Times of Tristram Shandy, Gentleman'. His political cartoons appear in the Guardian.

Who's Who lists his interests as "cooking, drinking, ranting, atheism, zoos and collecting taxidermy.