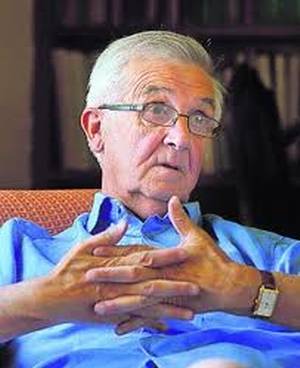 Lord Garel-Jones was a Conservative Peer, and previously served as Minister of State at the Foreign Office, as well as Deputy Chief Whip.

He frequently spoke in the House of Lords on marriage equality, and said when the Lords debated same-sex marriage that "today's controversy will rapidly become tomorrow's consensus."

He drew attention to religious support for marriage equality in debates in the Lords, and reminded the House that the state "could and would make its own secular rules for its citizens" regarding the definition of marriage.