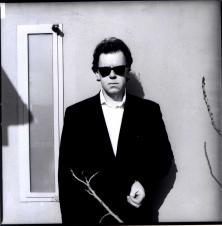 Jonathan Meades writes and broadcasts mostly about culture and architecture. He was also a restaurant critic for many years and has written several successful novels and short story collections.

His TV series include Abroad in Britain - and many sequels, Magnetic North (about Northern Europe) in 2008 and Off Kilter (about Scotland) in 2009. A new series Jonathan Meades on France aired on BBC4 in early 2012. The second epsiode featured a long section on separation of Church and State.

He also contributes to the United Kingdom edition of the Huffington Post and his book Museum Without Walls is being published on the Unbound crowd-funding site.

He is a staunch and public supporter of secularism.