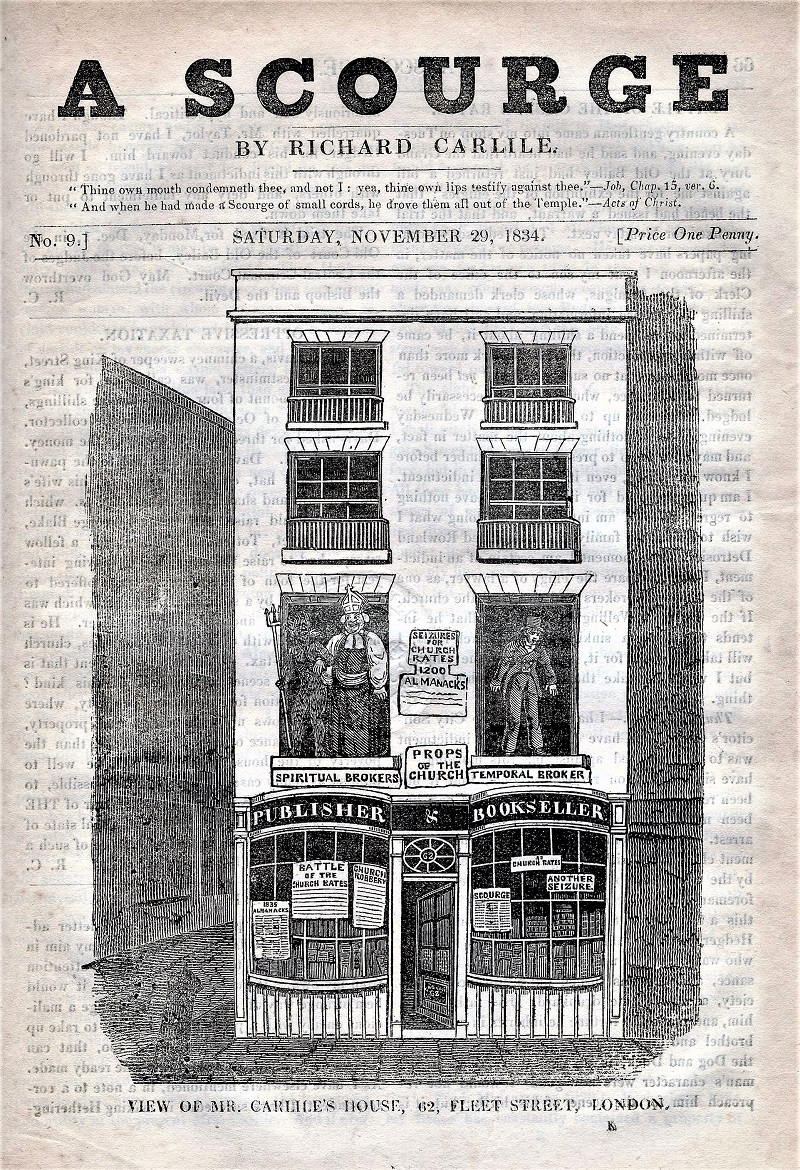 Secularists were on the frontlines of campaigns against the Church rates as can be seen in this illustration of 62 Fleet Street. The premises were once Richard Carlile's Temple of Reason and it was from here he sold Paine's works which he had republished "Every Woman's Book", the first publication in this country to advocate birth control and sexual liberation. Richard and Jane Carlile were pioneering feminists who thought the current Christian sexual morality repressed women. During their lives the Carlile's were both imprisoned for their efforts, along with many shop-workers who sold his publications.

The 1800s saw an increase in religious dissent and a series of reforms which weakened the constitutional power of the established church. The emerging reform movement included non-believers, as well as religious minorities and liberal Christians.